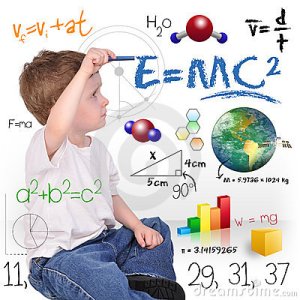 This past Sunday, the San Gabriel Valley Tribune’s front page focused on the New and Improved Core Curriculum story titled, “Raising the bar for education.”   The article centers on the release of some sketchy details to the new Core Curriculum.  I say some sketchy details because they are all still being worked out as we speak.  This is equivalent to preparing a full four course dinner, setting the table, and then sending out the guest invitations.  A year from now 44 other states are also planning to launch the Core Curriculum.  The goal, the article continues, “is to create new benchmarks for mathematics and sciences”, and in the end, they say, “to better prepare students for college and careers.”  Of course, the real underlining objective is to increase low achieving test scores and public opinion.

The story continues that in the new program educators will no longer be at the front of the room lecturing, but interacting with their students.  So, how is this to be done you ask?   By providing the top schools, students and teachers with iPad technology (600,000 iPads).   I guess walking around the classroom hasn’t been thought of yet.  The article reports that “The project (that is the iPad purchase) penciled out around $450 million dollars.”  Good idea to use low tech to explain high tech pricing.  Okay, so we know what the better schools are getting, but what about the poorer schools.  Thanks to a $1.25 billion dollar infusion from the State of California, these schools will be able to order tablets, desktops, and other technology.

This whole scenario is being played out across the board in both public and private schools throughout the State of California.  I recently interviewed for a position at a private school in Los Angeles where the position was to train both teachers and students on their new iPads and Mac Pro laptops.  Buying the technology first and then figuring out how it will be used has been going on for a long time.  I admire Apple’s move into the educational world back in the 1980’s.  It was a shrewd and intelligent undertaking to line up their product into education.  But, lest we forget, the Apple Corporation is not in business to educate, they are in business to make one thing, — larger profits.

For the past twenty years, the United States has invested billions of dollars to upgrade technology infrastructures, hardware, and software programs in its school systems.  All of this with the promise that the updated technology would motivate, stimulate student interest, increase learning, and in the end improve student test scores.  During this same twenty year period, the Programme for Student Assessment (PISA) has been monitoring 52 countries and their educational programs especially in reading, mathematics, and science.  From 2001 to 2012 the United States has consecutively placed AVERAGE in reading, and BELOW AVERAGE in the maths and sciences.  So, if technology hasn’t increased motivation, stimulation, and increased test scores in the past 20 years, why do the politicians and educators think putting more money into technology will do the job?

But soon I’m interrupted.  The article reports, “The technology 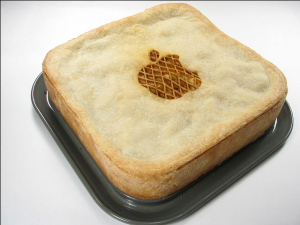 will help students on the new California state standardized tests, which will be administered online and will reply on in-depth rather than multiple questions.”  So, students will learn how to take state tests by taking similar tests in the classroom.  “Another brick in the wall.”  That means teachers, who will now be called “facilitators” will be guiding students on how to do the test online.  Still teaching to the test!  The article ends with “the promise that the funds given by the state will cover the cost for Apple to train teachers on their new technologies.”  Well, after all, Apple wants their share of the financial pie.

What will the future report?  In the end, the politicians will get their votes, the technology companies will report high earnings for their stockholders, and the educational report will remain mediocre.   The technology panacea has already had 20 years to prove itself, it’s time that we put the teacher back in the classroom to fix what the politicians and computer companies have screwed up. It’s time that technology take its proper position as a supporting actor, and develop the real core of our future–our students, who should be the apples of our eyes.